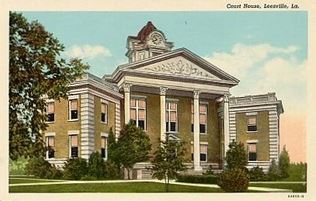 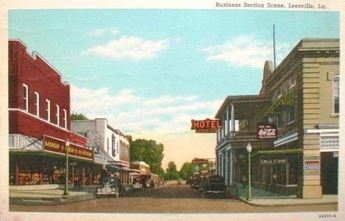 In 1871, when it was decided to create a new parish from parts of Natchitoches, Rapides and Sabine parishes, Dr. Edmund E. Smart saw an opportunity and quickly​ offered to donate land for the new courthouse. The land he chose to donate was located on his plantation, within a stone’s throw of the main house. His original plantation house (circa 1855) still stands at the corner of First and Lula Streets.

The city that formed around the courthouse was named by Senator John R. Smart, Dr. Smart’s father, in honor of General Robert E. Lee. Though established as the county seat in 1871, it wasn’t formally incorporated until February 15, 1900.

Growth was slow in the new city until 1897, when the Kansas City Southern Railroad arrived, making it possible to get Vernon Parish timber to the larger markets back east. The population exploded in the entire area and for a short time industry boomed,

In 1941, with war on the horizon, the US Army required a location where they could test new military tactics and train soldiers in their use. Vernon Parish and Leesville were part of the chosen area that eventually covered much of Louisiana and Texas. Camp Polk was created as part of those training maneuvers and once again the population of Leesville soared.

Today, Camp Polk has become Fort Polk, the largest military base in the state. Home to the US Army’s Joint Readiness Training Center (JRTC), the base continues to serve as a major training ground for military forces.

The civilians of Leesville and greater Vernon Parish, like their military neighbors, are strong, patriotic and hardworking, counting it a privilege to work alongside those who sacrifice so much to keep this great Nation free.

Leesville strives to offer all the amenities of a large community, but with a smile, handshake and strong sense of community. The city offers top-notch educational opportunities, excellent medical facilities and plenty of options for shopping and dining. 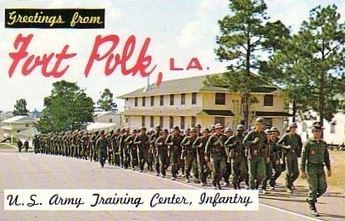